The Palazzo Vecchio is the town hall of Florence, Italy as well as a museum and tower.

In 1299, the people of Florence decided to build a palace that would be worthy of the city's importance, and that would be more secure and defensible in times of turbulence for the magistrates of the commune.
Duke Cosimo de Medici moved his official seat from the Medici palazzo in via Larga to the Palazzo della Signoria in May 1540, signalling the security of Medici power in Florence. When Cosimo later removed to Palazzo Pitti, he officially renamed his former palace to the Palazzo Vecchio, the "Old Palace", although the adjacent town square, the Piazza della Signoria, still bears the original name. Cosimo commissioned Giorgio Vasari to build an above-ground walkway, the Vasari corridor, from the Palazzo Vecchio, through the Uffizi, over the Ponte Vecchio to the Palazzo Pitti. Cosimo I also moved the seat of government to the Uffizi.

The palace gained new importance as the seat of united Italy's provisional government from 1865–71, at a moment when Florence had become the temporary capital of the Kingdom of Italy. Although most of the Palazzo Vecchio is now a museum, it remains as the symbol and center of local government; since 1872 it has housed the office of the mayor of Florence, and it is the seat of the City Council. The tower currently has three bells; the oldest was cast in the 13th century.
© Patrick Ledbetter Photography 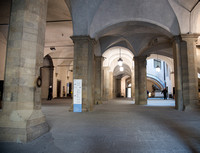 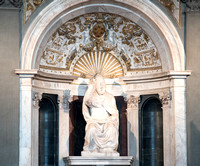 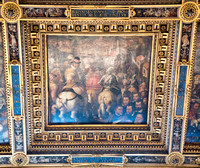 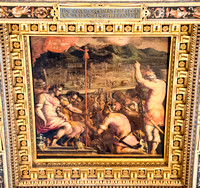 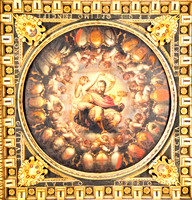