The Basilica di Santa Maria Maggiore is a Papal major basilica and the largest Catholic Marian church in Rome, Italy. Built under Pope Sixtus III (432–440), the church retains the core of its original structure, despite several additional construction projects and damage by the earthquake of 1348.

Santa Maria Maggiore, one of the first churches built in honour of the Virgin Mary, was erected in the immediate aftermath of the Council of Ephesus of 431, which proclaimed Mary Mother of God. Pope Sixtus III built it to commemorate this decision.

When the popes returned to Rome after the period of the Avignon papacy, the buildings of the basilica became a temporary Palace of the Popes due to the deteriorated state of the Lateran Palace. The papal residence was later moved to the Palace of the Vatican in what is now Vatican City.

The basilica was restored, redecorated and extended by various popes, including Eugene III (1145–1153), Nicholas IV (1288–92), Clement X (1670–76), and Benedict XIV (1740–58), who in the 1740s commissioned Ferdinando Fuga to build the present façade and to modify the interior. The interior of the Santa Maria Maggiore underwent a broad renovation encompassing all of its altars between the years 1575 and 1630.
© Patrick Ledbetter Photography 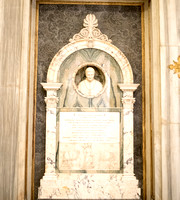 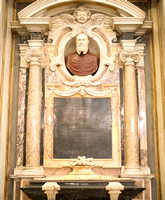